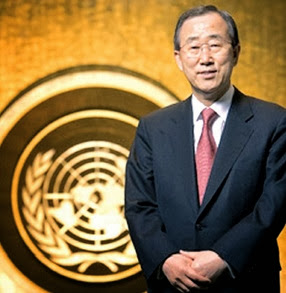 a. when and where was the person born? how would you describe the person's childhood or early life?

Ban Gi-moon was born in a small farming village in North Chungcheong Province,  in June 1944. Since he was always interested in learning English language, in 1962, Ban won an essay contest sponsored by the Red Cross and earned a trip to the United States, and met U.S. President John F. Kennedy.

b. what accomplishment or event caused this person to become famous?

In 2004, he became a foreign minister of South korea under president Roh Moo-hyun, and he played a leading role in the diplomatic efforts to adopt the Joint Statement on resolving the North Korean nuclear issue. Also, in 2007, he became Secretary-General of the United Nations as the first Korean, and his new five-year term as Secretary-General commenced last year.

c. What was one thing you learned about this person that surprised you?

Ban Gi-moom has always done his best no matter what circumstances he got through. Even thought his family got into bankcruptcy, he consistently studied and did chores at the same time. He always didn't waste his time, and was not lazy, instead just moving towards his dream of being a diplomat. keep moving on and not giving up towords his own dream was very impressive to me. Also, I was surprised at how Ban Gi-moon has been such a man of a high integrity. He never got bribe, and he was also not on the talk of corruption or preferential treatment. For example, he paid for everything what he privately used because he thought it is not right to use public fund for private purpose. keeping modesty and uprightness even after he got into high position was impressive.

d. if you were asked to write a brief biography of tis person, what three personal characteristics would you emphasize?