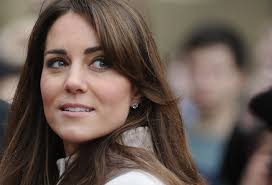 A.)  Catherine (31)  was born in 9 January 1982 Royal Berkshire Hospital, Reading, Berkshire, England. We could determne that she lived a pretty decent life during her early years. It seems as if she received good education and both of her parents worked. She is the oldest of 3 children so this may have cause for her to be more responsible. Catherine attended all that was elementary school, jr. high, high school, and college. Before she got married to Prince William, she was well known for her sense of style therefore she was on many of the top lists of fashion magazines.

B.) The main event that caused for Catherine (also known as Kate) to become famous was her marriage to Prince William. It had begun when the two had attended the same college.The couple began dating as early as 2002, although their relationship remained unconfirmed. On 17 October 2005, Middleton complained through her lawyer about harassment from the         media, stating that she had done nothing significant to warrant publicity. They had on and off in their relationship because it was not confirmed that they were actually dating. This occurred for a couple of years until finally in October 2010 , Prince    William had asked her to marry him. They officially got married on April 29th, 2011. They got married on Websminter Abbey.

C.) I was very surpised about her life and what she had been through before she got married to Prince William. Also, the way in which she kind heartedly paticipates in all of these charities and helping out others is, in my opinion, very admirable. I really like how she is willingly doing these things because she feels the need to actually help out in the needed areas with what she is able to do. It is good to see that she does care for what is going on around the world and wanting to do something in order to make a slight difference in making the world better.

D.) The three words that I would use to describe Kate Middleton would be Kind, Brave, and Thoughtful.