Susan Boyle, singer who amazed people in the world 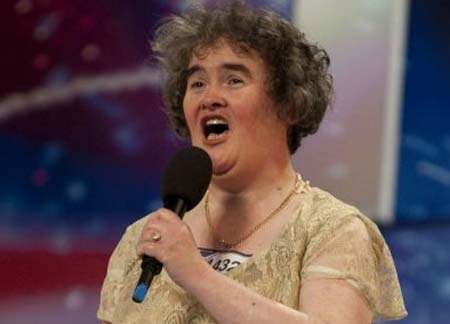 a. When and where was the person born? How would you describe the person's childhood or early life?

- She was born on April 1, 1961 in Scotland. She was bullied as a child. She was employed for the only one time in her life as a trainee cook in a kitchen of a college for six months. She seems to be a loser, but she has a musical talent indeed. Although she attended several singing competitions, people were more interested in mocking her than her ability to sing.

b. What accomplishment or event caused this person to become famous?

- She appeared on English TV show, Britain's Got Talent, and astonished people in the world because her voice is very beautiful unlike her appearance.

c. What was one thing you learned about this person that surprised you?

- It is very simple and clear that I have learned from her story. Do not judge a book by its cover!

d. If you were asked to write a brief biography of this person, what three personal characteristics would you emphasize?

- I would like to emphasize her beautiful voice, her ordinary appearance, and her strong will.